Global Climate Models (GCMs) work by calculating what the climate is doing (in terms of wind, temperature, humidity, etc.) at a number of discrete points on the Earth’s surface and in the atmosphere/ocean. These points are laid out as a grid covering the surface of the Earth, dividing it up into a lot of little boxes. The more boxes there are, the finer the resolution of the model and the smaller-scale climate features it can represent. From this point of view, the best climate model would be the one with the finest resolution. 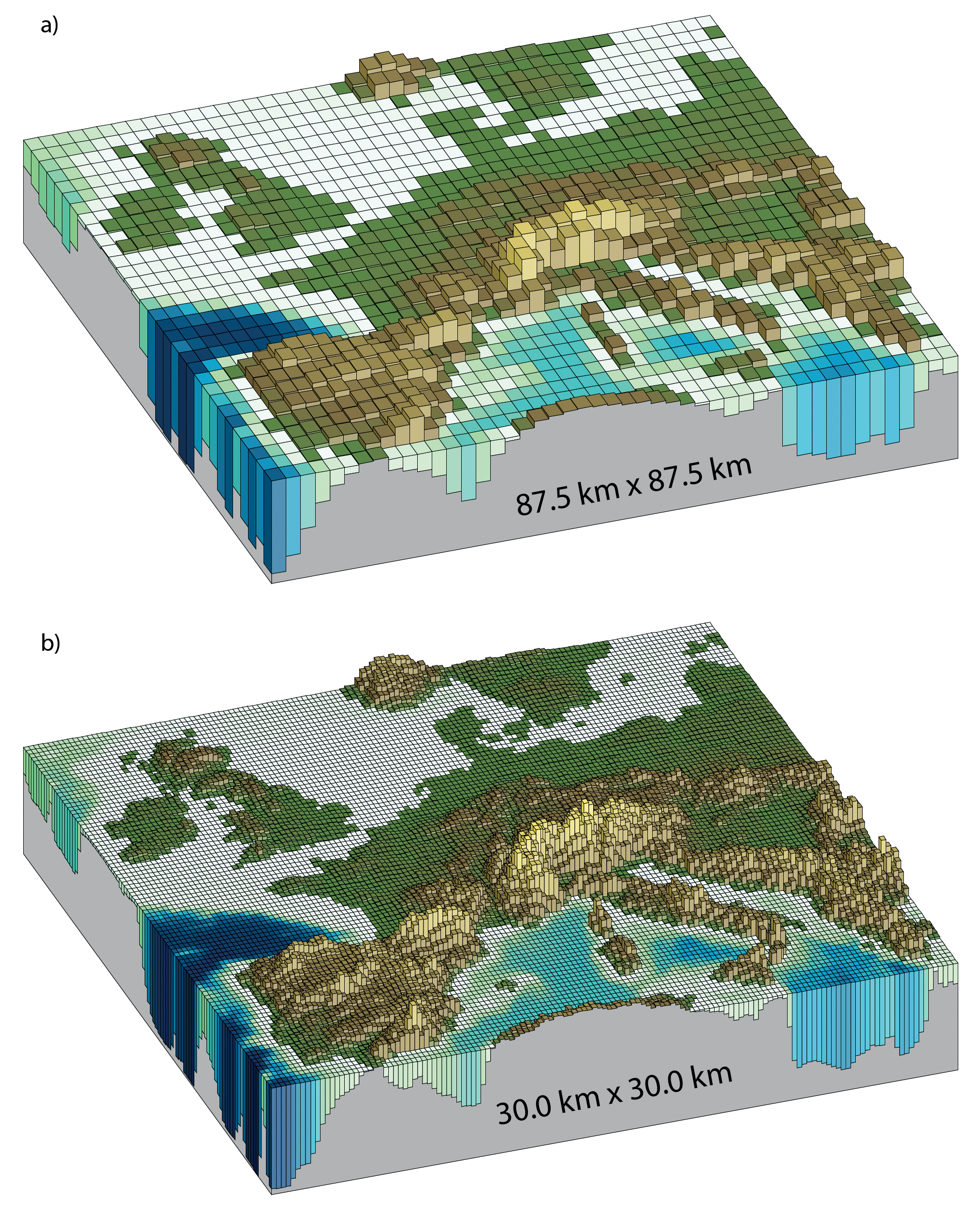 Unfortunately this has disadvantages; the more points there are, the more calculations need to be made, and so the more computer time the model takes to run. In general, we have to make a compromise between resolution and time to run a model.

This is why, in the climateprediction.net global model, there are only 4 grid boxes over the British Isles. This is obviously not going to do very well at representing the climate in, for example, the Lake District, which is a mountainous region which covers an area much smaller than one grid box. It should, however, be good enough to get an accurate picture of the large scale climate of, for example, the British Isles. The resolution is 2.5° in latitude by 3.75° in longitude.