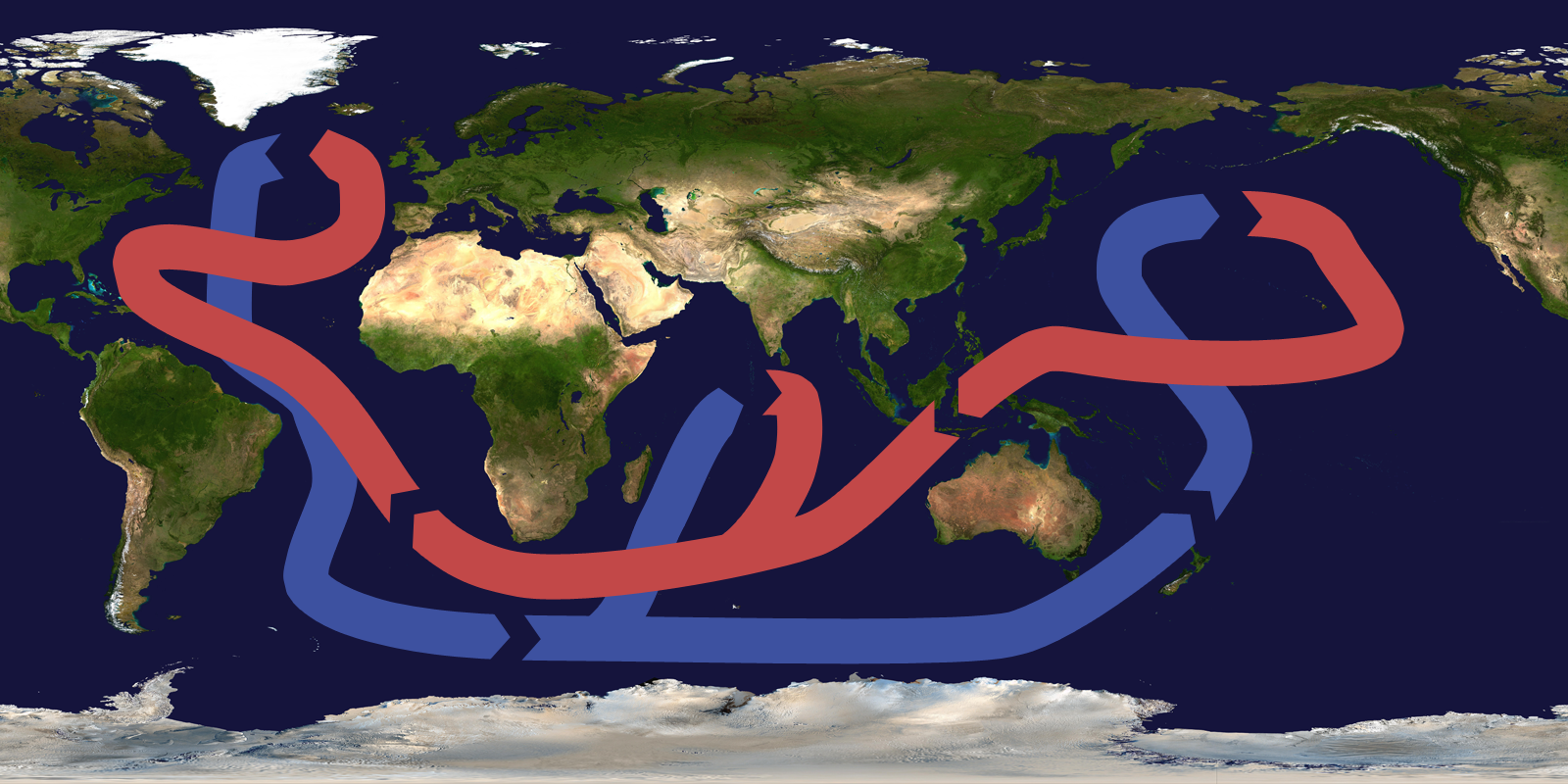 Map of the world showing the global thermohaline circulation, from Wikimedia Commons.

The full, large scale circulation pattern of the ocean is called the thermohaline circulation because it is driven by differences both in temperature and salt concentrations. When water evaporates or freezes, it leaves behind its salt, making the remaining water more saline and therefore more dense. The North Atlantic Deep Water, for example, is formed by water in the Greenland Sea, which is both very cold and very salty, and therefore sinks and spreads equatorwards.

This all means that the three-dimensional structure of the ocean is very complicated, and, as yet, relatively little is known about it.

The ocean has a greater capacity for storing heat than the atmosphere, which means it reacts slower than the atmosphere to changes in the balance in incoming/ outgoing radiation. This means that ocean temperatures change more slowly than atmospheric ones, whether this is on a diurnal, seasonal or climate time scale.